Yuliya has been dancing professionally for many years, starting in her native Ukraine and continuing since arriving in the United States. Her focus is on the International styles of ballroom dance. Together with her partner, Sergiy Samchynsky, she is the three-time and current U.S. Professional Ten Dance Champion. At the 2015 World Professional Ten Dance Championship, the two of them placed 2nd. In addition to working at Academy Ballroom, Yuliya has coached the competition team for the Ballroom Dance Club at Georgia Tech since its inception in 2015.

Erin began dancing when she arrived at college in 2018, swiftly growing to love the sport and the community around it. She served as an officer on the board for two years and now coaches both the social and competitive sides of the club with her partner Faith Womack. Now a graduate student, Erin is excited to be able to dance with people in person again and to introduce more people to ballroom. 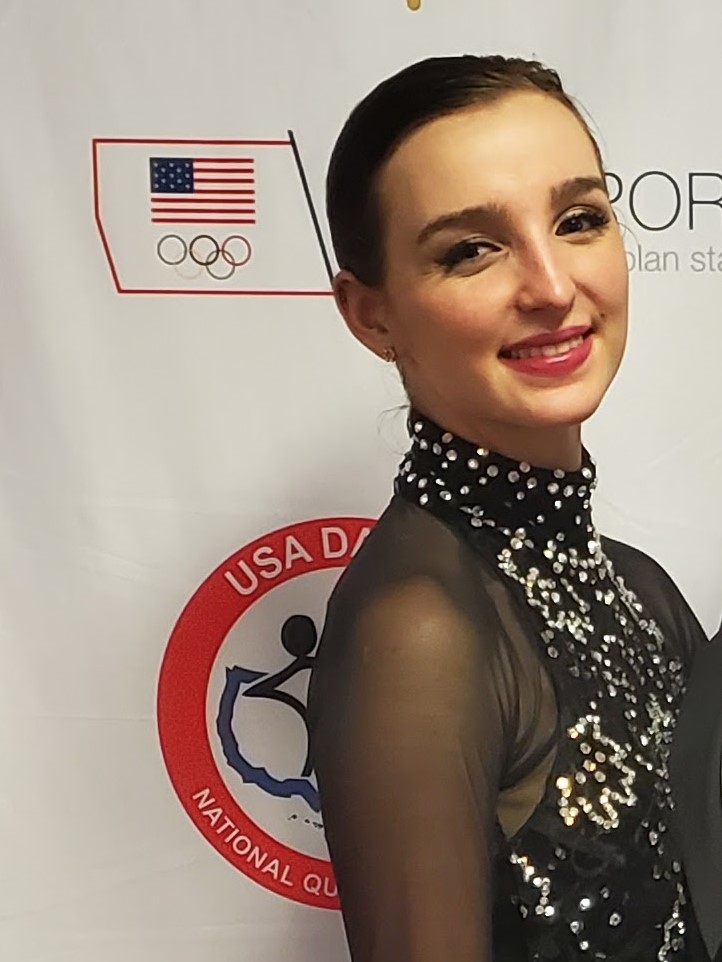 Faith is a third year computer science major who joined ballroom casually for the socials her first year. Two years later her favorite style is International Standard Waltz, and she will attempt to teach anyone she knows how to dance east coast swing. When she’s not at practice, Faith loves to cook and read fantasy novels. She can’t wait to help everyone fall in love with Ballroom this year!

Will joined GT Ballroom in 2016 and have been competing ever since. Even though he graduated in 2018 (B.S.BME), he just can’t stay away from the dance floor. Will has met so many great people through ballroom, directly and indirectly, and he hopes our future members will, too. When he's not dancing, he love to read fantasy novels, try new restaurants, and meeting stray cats in random places around town. Will will be teaching intermediate lessons for the Ballroom Dance Club at Georgia Tech, and will see you there!

Arina is in her 5th year of PhD in Bioinformatics, growing stem cell cultures and doing image analysis. She has been doing ballroom for 4 years now, starting as soon as she enrolled in Georgia Tech for her PhD! One of her other hobbies is playing guitar and singing, so if you are looking for a front-woman for your band call her up :).